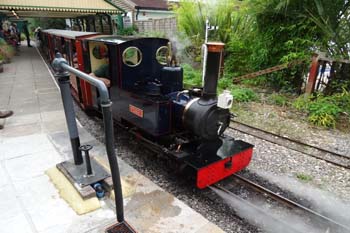 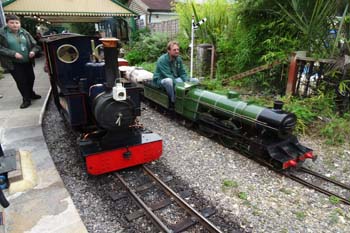 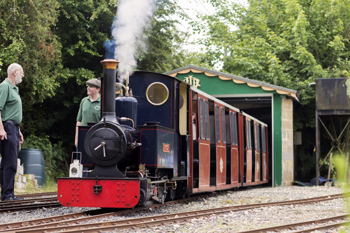 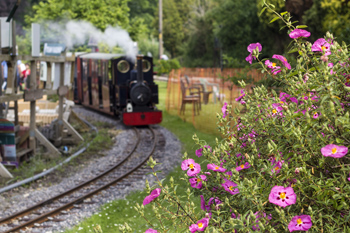 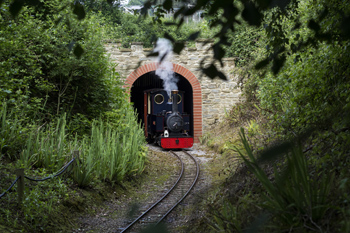 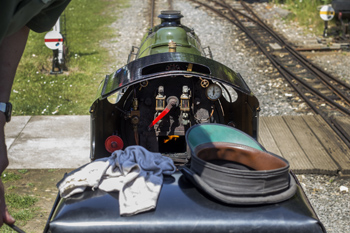 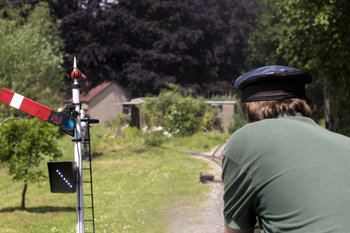 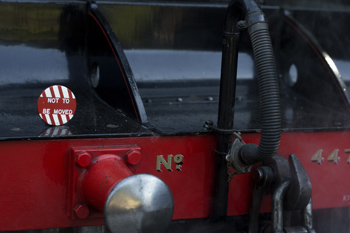 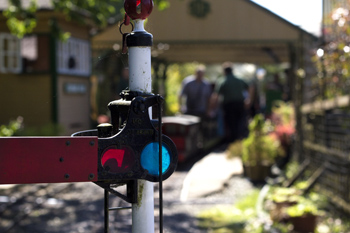 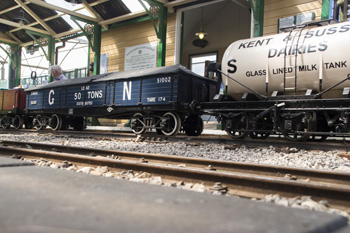 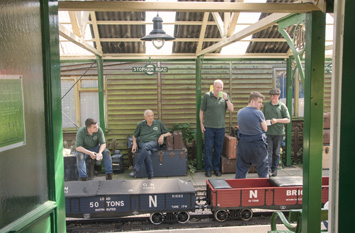 We're happy to announce that we're planning to re-open the railway on Sunday 26th July and then every Sunday in August. We may open on Wednesdays in August too, but that depends on the number of volunteers that we can press-gang/ask nicely, to run the services

Things will be different. We'll have to be socially distant whilst we queue for tickets, we'll have to queue outside of the ticket office before we're allowed on to the train. There will be screens between the seats of our covered coaches so that we can carry two families per coach but still keep a barrier between the family units. We'll be cleaning the train between each and every journey. We'll be putting in a one-way system to board and exit the train. This is still a work in progress for us, and there will probably be other things that we'll be doing too to make sure that both you and our volunteers are kept safe during these unusual times and things are likely to change as we evolve the way that we run the service.

That's the good news. The bad news is that we've had to make the difficult decision to cancel all of the special events planned for the rest of the year. This includes our annual Teddie Bears' Picnic and our galas. The latter is particularly frustrating as we had planned a special 20th Anniversary gala for the end of August with visiting locos that had helped start the railway all those years ago. Rest assured though, this is being re-planned for 2021!!

Welcome to the new website of the South Downs Light Railway

Our volunteer run railway is in the Pulborough Garden Centre, Stopham Road, Pulborough, RH20 1DS. Our trains will take you on an exciting trip through the gardens from Stopham Road Station.

Trains run from March to September and are usually hauled by a real coal burning steam engine. It's great fun for adults and children alike.

The railway started in 2000 and we have carried many thousands of passengers on a journey of just under one mile.

We are always working to improve the railway and over the last few years, have built a new station and ticket office, an engine shed and extended the carriage shed. We have built a tunnel and added portals in 2017. Currently under construction is a purpose built water tower with coal bunker, and the re-installation of our turntable. You can find out more about what we're doing and have done in the News section.

Come and see what we are up to and say hello. We pride ourselves on a friendly welcome.

Over on the right of this page (or below if you're using a small screen!) is a short video giving a quick look around our railway. Hit the play button and take a look. If you want to see a full run around our railway, take a look at the Journey page in the Railway section of the menu, where you'll see Tom taking Flying Scotsman for a trip around (he doesn't normally drive that quick, the video is double speed!)